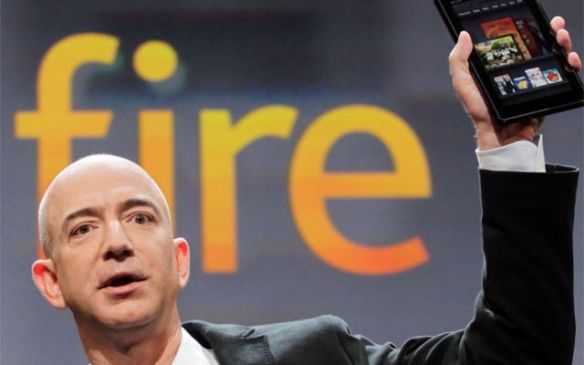 Over the past few weeks I have had a lot of conversations about how I like my Kindle Fire.  People want to know about the integration with Amazon’s robust media and e-commerce offerings.  They want to know about the 7″ form factor.  They ask about reading a book on the device since it does not feature e-ink.  However more often than not people are most interested in how the Kindle Fire competes with its (presupposed) arch-nemesis the iPad 1 or 2 (I have both the Kindle Fire and an iPad 2).  I won’t bore you with all the ways in which I’ve answered this question but at the end of the day the real answer is that the comparison is a bit absurd.  One is a full-featured, mature 10″ tablet that enjoys a premium price point and caters to a segment of the market that can afford to replace a $500-$800 tablet every two years.  The other is a first-generation, 7″ device that is designed for the millions of users who like the idea of reading books, watching movies, and playing the occasional game on a single device but aren’t willing to break the bank to do so.  In a way the question is as absurd as comparing a Mercedes-Benz S600 to a Toyota Camry.  Yes, they’re both cars but that’s about the extent of their similarities.  That said, once you’ve driven the S600 it is a bit hard to go back to the Camry.

Oh, and the 1 million statistic?  That’s the number of Kindles (all varieties) that Amazon is selling every week.