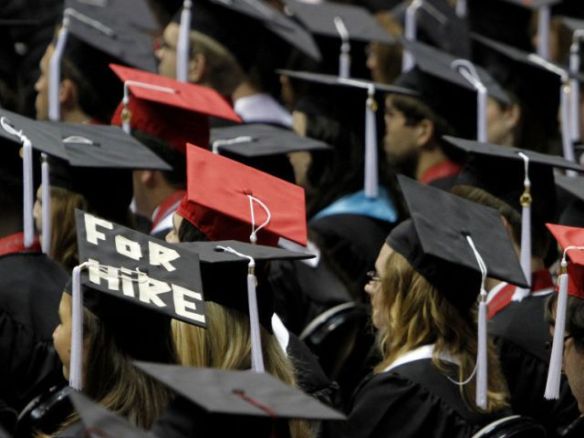 According to an article in USA Today from mid-October the amount of student loans taken out last year crossed the $100 billion mark for the first time in history and – also for the first time in history – the amount of outstanding student loan debt crossed the $1 trillion mark.  Let that sink in for a moment.  To put that in perspective, Americans now owe more for student loans than they have in credit card debt (which might not be the worst thing in the world given to what end each is typically used).

To put this in perspective, the average student is borrowing twice what they did a decade ago even after the figure is adjusted for inflation.  Ultimately it comes down to a social and legal contract between tax payers and students, the latter group who are often burdened with crushing debt following graduation.

Unfortunately not all of these funds are put to good use.  In a recent op-ed piece by Kaplan CEO Andy Rosen on The Huffington Post, he described the widespread “frippery” that schools use to differentiate themselves in the marketplace which have nothing to do with student outcomes.  While America has dropped from first to sixteenth in college degree attainment, schools are promoting sushi bars, plasma tvs, and even a lazy river.

In a time when our economy needs more employable citizens than ever, it would seem to me (and Rosen) that we need to be focused on the educational outcomes we’re getting for our $1 trillion and not “…not unaffordable outside-the-classroom amenities.”  Given where we are and where we are potentially heading from an economic perspective, I couldn’t agree more.