A little over 15 years ago a brilliant colleague and dear friend of mine introduced me to the work of one of the father’s of artificial intelligence, information processing, decision-making, problem-solving, attention economics, organization theory, complex systems, and computer simulation of scientific discovery – Nobel Laureate in Econonomics, Herbert Simon.  With it he also introduced me to the concept of attention economics or, in layperson’s terms, information overload.

“What information consumes is rather obvious: it consumes the attention of its recipients. Hence a wealth of information creates a poverty of attention and a need to allocate that attention efficiently among the overabundance of information sources that might consume it.” – Herbert Simon (1916-2001) 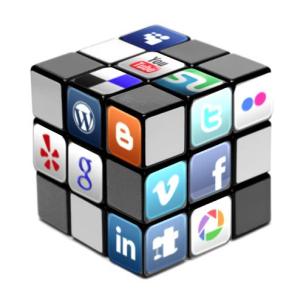 Mr. Simon was the first person to describe the concept of attention economics which according to Wikipedia “…is an approach to the management of information that treats human attention as a scarce commodity, and applies economic theory to solve various information management problems.”  The new changes to Facebook (among many other Web services) take this conundrum to heart in their design by helping the layperson negotiate the ever-increasing torrent of information flowing into our in-boxes and onto the pages of our favorite social networks.  Back in November of 2008 Mark Zuckerberg said:

“I would expect that next year, people will share twice as much information as they share this year, and next year, they will be sharing twice as much as they did the year before.  That means that people are using Facebook, and the applications and the ecosystem, more and more.”

This has since become known as Zuckerberg’s Law of Information (or Social) Sharing and as recently as last week Facebook’s CEO renewed his conviction that this trend – much like Moore’s Law theorizes that the number of transistors that can be placed on an integrated circuit (i.e., the speed of microprocessors) would double every 24 months – which will certainly challenge one’s ability to keep up with the already frenetic pace of digital detritus that comes at the average Internet user.  Terms like “email fatigue” and “email bankrupcy” are already commonplace and it is often speculated that people will begin backing away from certain online social communities and tools as the flow of information becomes unmanageable and the need for highly personal marketing insights pushes the increasingly fragile limits of the contract between online social networks and the users of those networks.  In fact, I will go as far as to theorize that the amount of time spent actively engaged in a social network by an average user (and therefore the number of active users) is inversely related to the percentage of social media “updates” that are initiated by people with whom they have not had any in-person contact in more than three years once the overall update volume received exceeds 50 per day.

Obvious?  Perhaps but you can call it Stanton’s Law of Social Interaction.